Venerable Master Chin Kung, AM (b. 1927) is an eminent monk in the Pure Land school of Mahayana Buddhism. He has studied Buddhism for sixty-four years and has lectured on it for fifty-seven years. He is advisor to over 100 Amitabha Buddhist Societies and Pure Land Learning Centres worldwide, and founder of the Pure Land Learning College Association, Inc. (PLLCA) in Toowoomba, Australia.

Master Chin Kung pioneered the use of the Internet and satellite television in promulgating the Buddha’s teachings. His recorded lectures have been distributed in books and on DVDs, CDs, and other media. He has also sponsored the printing and distribution of the Buddhist Canon and Buddhist sutras, books, and images as well as books on moral education. All of these publications are freely distributed worldwide. To this day, the Master still teaches tirelessly on a daily basis, and his lectures are broadcast via satellite television and the Internet to audiences around the world. 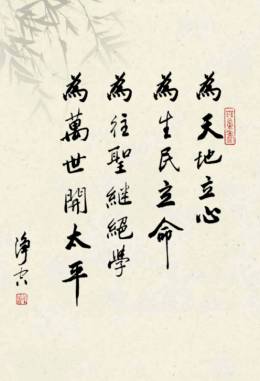 Born in Lujiang County, Anhui Province, China, the Master studied Buddhism and the classics under the guidance of Professor Thomé H. Fang(Fang Dongmei), a great philosopher of his time; Master Zhangjia (or Janggya Hotogtu), a renowned Mongolian monk of the Tibetan Buddhist tradition; and Mr. Li Bingnan, a lay practitioner and master of Buddhism. In 1959, Master Chin Kung was ordained a monk at Linji Temple in Yuanshan, Taipei, and was given the Dharma name “Chin Kung”, which means “pure emptiness”. He has also served as instructor at the Tripitaka Institute at Shipu Temple, as professor of the School of Philosophy at the Chinese Culture University, and as president of the Chinese Buddhist College.

In 2005, Master Chin Kung was appointed to the Member of the Order of Australia (AM) in the General Division by Queen Elizabeth II. He was recognised for his service to the Buddhist community in Queensland, particularly through the promulgation of Buddhism and the fostering of interfaith activities between diverse ethnic groups, and to the community through support for educational and health institutions.

In 2006, Master Chin Kung and the PLLCA were invited by UNESCO to co-organize the event, “Celebrating the 2550th Birth Anniversary of the Buddha” at UNESCO Headquarters in Paris. The event’s theme was “Buddhist Contributions to Humanity and Sustainable Development of World Peace”, and its goal was to raise awareness of the Buddha and his teachings, and to inspire people on ways to reconcile conflict, and promote social stability and world peace.

In 2009, Master Chin Kung was appointed an International Trustee of Religions for Peace an international peace organization that is active on every continent. Its mission is to establish multi-religious partnerships to pursue goals such as stopping war, ending poverty, and protecting the earth.

Since the late 1990s, Master Chin Kung has both initiated and participated in interfaith forums and summits in many countries speaking on the importance of education. He emphasises it is imperative that all religious teachers sincerely “learn to be a teacher and act as a role model for all” and encourages them to practice the teachings of the sages and saints in their daily lives, to delve deeply into the teachings of their own religions, and humbly learn from other religions.

Starting in 2015, Master Chin Kung began travelling to the United Kingdom to promote religious unity and to work in collaboration with the University of Wales Trinity Saint David to establish a college of Sinology. In April 2016, the University of Wales awarded Master Chin Kung an honorary degree, Doctor of Letters honoris causa, for services and support to intercultural and interfaith activities.

Currently he is lecturing on the Infinite Life Sutra and raising awareness of how the daily teachings can transform the mind-set of people today and help foster world peace.

Master Chin Kung’s message of loving-kindness and compassion for all has been the central theme of his life-long teaching. Focusing on the innate goodness of sincerity, respect, humility and harmony, and dedicating himself to help all beings to attain long-lasting happiness and joy, has been the purpose of Master Chin Kung’s life.