The Chinese Characters and Classical Chinese

Origins of the Chinese Characters

According to the first Chinese etymological dictionary Shuowen Jiezi (Chinese:說文解字), Chinese characters originated from trigrams – symbols used for divination that were invented by the legendary Chinese Emperor Fu Xi who is said to have been born in the twenty-ninth century BCE. 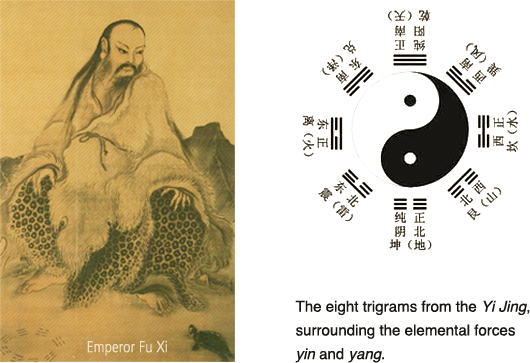 Later on, knot-tying was used as a means of communication and education in the governance of Emperor Shennong, who is said to have been born in the twenty-eight century BCE.

How did knot-tying work? If we wanted to inform a visitor that we had left the house and would return in two days’ time, we could tie two knots. Similarly, after completing a task, we might tie a large knot at the end of a string to indicate completion. However, just consider the multitude of ideas and matters in daily life that require communication. Clearly, knot-tying was not ideal.

Shuowen Jiezi states, “Cang Jie was a scribe for the Yellow Emperor (Huangdi). Observing the tracks of birds and animals, he realised that the patterns and forms were distinguishable, and started to formulate characters.” Cang Jie is a legendary figure in ancient China (circa 2650 BCE) associated with the creation of the characters as part of education.

Chinese characters have a universal nature and were formulated based on the phenomena of daily life. The form of the characters was derived from the commonly visible and accessible phenomena in daily life. “Observing the tracks of birds and animals” – like the snowy winter in the Central Plains, when animals leave their distinct tracks in the snow like the tracks of tigers, sika deers, chickens or small birds. The paw print of a puppy looks like a plum blossom, whereas the footprint of a small bird resembles the character “个” or a bamboo stalk. The characters began to take shape based on the tracks of birds and animals.

The characters were derived from day-to-day experiences, drawing from the human form and our surrounding environment. This makes the characters memorable and easy to learn. With a willingness to learn and a proper method of study, anyone can master the characters! 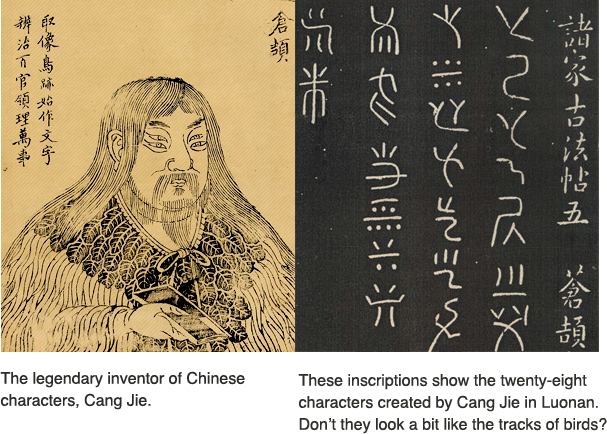