Education Can Help Reconcile All Conflicts 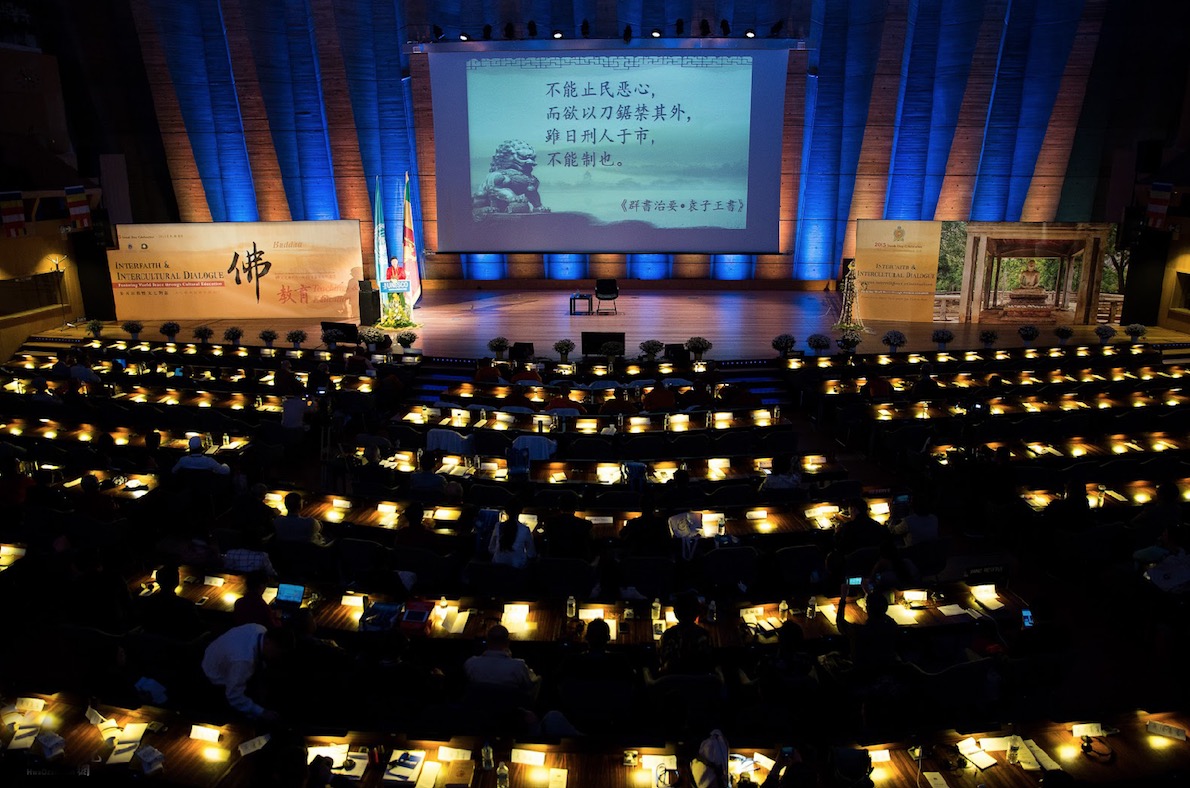 Discover the Buddhist Contribution to Humanity

Love is a virtue innate in our true nature. When we are loving, benevolent, just, and compassionate, we accord with our innate virtues. To accord with our innate virtues will bring good consequences. Think about this carefully. One who accords with one’s innate virtues will surely love others and treat them benevolently, justly, and compassionately. How could such a person harm other people? On the contrary, competing for selfish gain will certainly lead to behavior that benefits oneself at the expense of others. If everyone has such a mentality, conflict among people will naturally arise. Therefore, suppression by force and retaliation cannot truly reconcile conflict or promote social stability and world peace. Neither can conferences.

What method can achieve reconciling conflict and promoting social stability and world peace? Sages of our world and Buddha Sakyamuni, all reached this goal through teaching. Confucius taught. Buddha Sakyamuni also taught most of his life. According to the sutras, he lectured on the Dharma at more than 300 assemblies. In other words, he held more than 300 courses in his entire life. As the students were different in each course, the objectives, methods, and course duration were also different. Long sutras, such as the Mahaprajnaparamita Sutra (Wisdom Sutra), are rich in content and are divided into many medium and small sections. They required several years of teaching.

Another example is the Avatamsaka Sutra. The Chinese version we have today comprises thirty-nine chapters, each of which is a big section that further comprises smaller sections. It also took a long time to teach it. This is just like running a school. The learning period of some of the students lasted four years, five, six, or even ten years. For other students, their learning period lasted three days, five days, one week, or one month. There were also many instances in which the teaching of the smallest section lasted two to three hours in a day, which occurred when the Buddha directed his answers to particular students.

During his lifetime, Buddha Sakyamuni held more than 300 courses teaching big sections. His teaching was very rich in content. He began teaching at the age of thirty and passed away at seventy-nine. He spent forty-nine years teaching without interruption. We know that Confucius taught for only five years, and Jesus taught for three years before he was killed. Mohammad taught for twenty-seven years. Among the ancient and contemporary sages of all ethnic groups, Buddha Sakyamuni indeed was the one who taught for the longest period of time, and the content of his teaching was the richest. Therefore, the results of his teaching are outstanding. His life provides a good example for us. Only through education can we really reconcile all conflicts that are complicated and complex.

Looking back at the 5,000 years of history, we see that China never launched a colonies? Why didn’t China have the thought of expanding its territory? What is the reason? Frankly, this is because of the teaching of Confucianism, Buddhism, and Taoism.